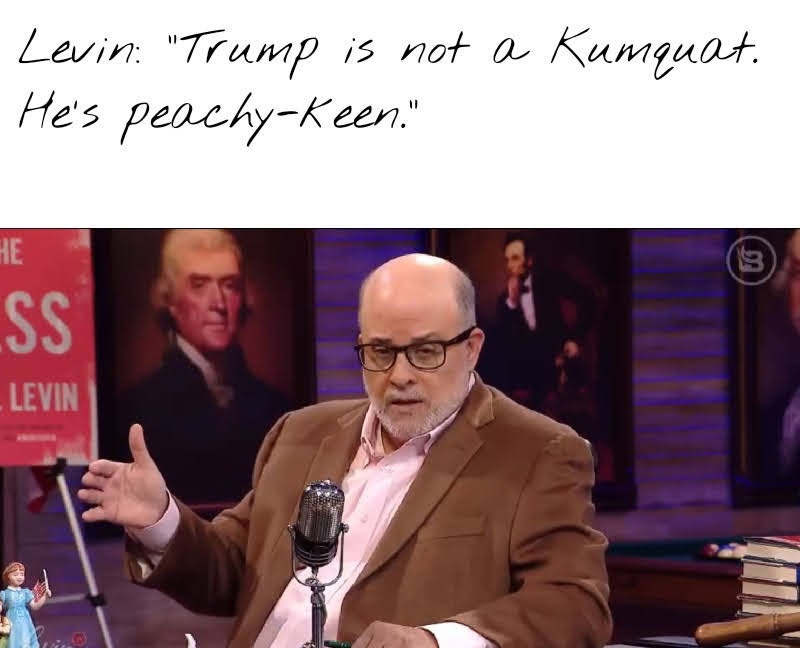 Mark Levin has been thrilling audiences of geriatric boomers for decades with his unique brand of political commentary, which is nothing more than complaining about everything the Democrats say and do and making a national scandal out of it.

During a recent episode of his radio show, Mark Levin complained about the idea of Congress possibly censuring Trump by comparing him to a kumquat.

“What’s all this crap I hear about Congress wanting to censure Donald Trump!?” he screeched into the mic, creating a temporary, annoying feedback loop. “Why? I can’t think of a single thing he should be impeached or censured for. First they compare him to a peach – twice, for God sake – and now they’re comparing him to a kumquat? It’s unbelievable. What the hell is a kumquat anyway? Do these morons even know what a kumquat is? I doubt it. Even I don’t know what a kumquat is. All I know is they’re a small yellow fruit that look like rat testicles that Asian people think are a delicacy. They even taste like rat testicles – not that I ever had rat testicles. They suck! How is Trump like a kumquat?!

“What I find troubling about all of this, is the lack of respect for the Constitution and the office of the presidency. They are so busy chasing down Trump at Mar-a-Lago – trying like hell to ruin his golfing because they’re afraid he’s going to play more golf than Obama – they haven’t even bothered to stop to consider the fact that the last administration did even worse things deserving of impeaching and censuring.

“For instance, did you know that Obama put his feet up on the Oval office desk, for God sake!? Were Republicans outraged? Did they hold him accountable? Did they impeach him? Hell no!

“Remember that God-awful tan suit he wore, for God sake!? Did the Republicans hold him accountable? Did they impeach him or censure him? I don’t think so. If anything called for an impeachment, or a good censuring, that suit was it!

“Obama took more vacations than every president combined. Did the Republicans impeach or censure him? Hell no!

“I remember when he put Dijon mustard on a sandwich… or was it a hamburger… I don’t know what it was, for God sake! Were Republicans outraged? No. Did they try to impeach him? Not to my knowledge.

“Obama played more golf than any other president, for God sake! In fact, all he did was play golf. Were Republicans outraged! Did they hold him in contempt of the presidency? Did they try to censure or impeach him over it? I don’t think so.

“Obama outlawed Christmas. For eight years we couldn’t say Merry Christmas, for God sake! Then Trump came along and saved it. Did the Republicans impeach him? Hell no!

“Obama had more executive orders than any other president. Did the Republicans hold him in contempt of office? Did they try to impeach him? Hell no!

“And last, but certainly not the least – there are a million things I can think of that Obama should have been censured or impeached for – the time he wore those mom jeans. Remember that one, Mr. Producer? How we laughed… and laughed… and laughed, until we almost died laughing? Those were the days, Mr. Producer, those were the days. Making fun of the mom jeans-wearing pansy in the White House.

“So, how can Trump be compared to a kumquat, you ask, Mr. Producer? He can’t. He’s peachy-keen.”

“Literally no one is comparing him to a kumquat,” said Mr. Producer. 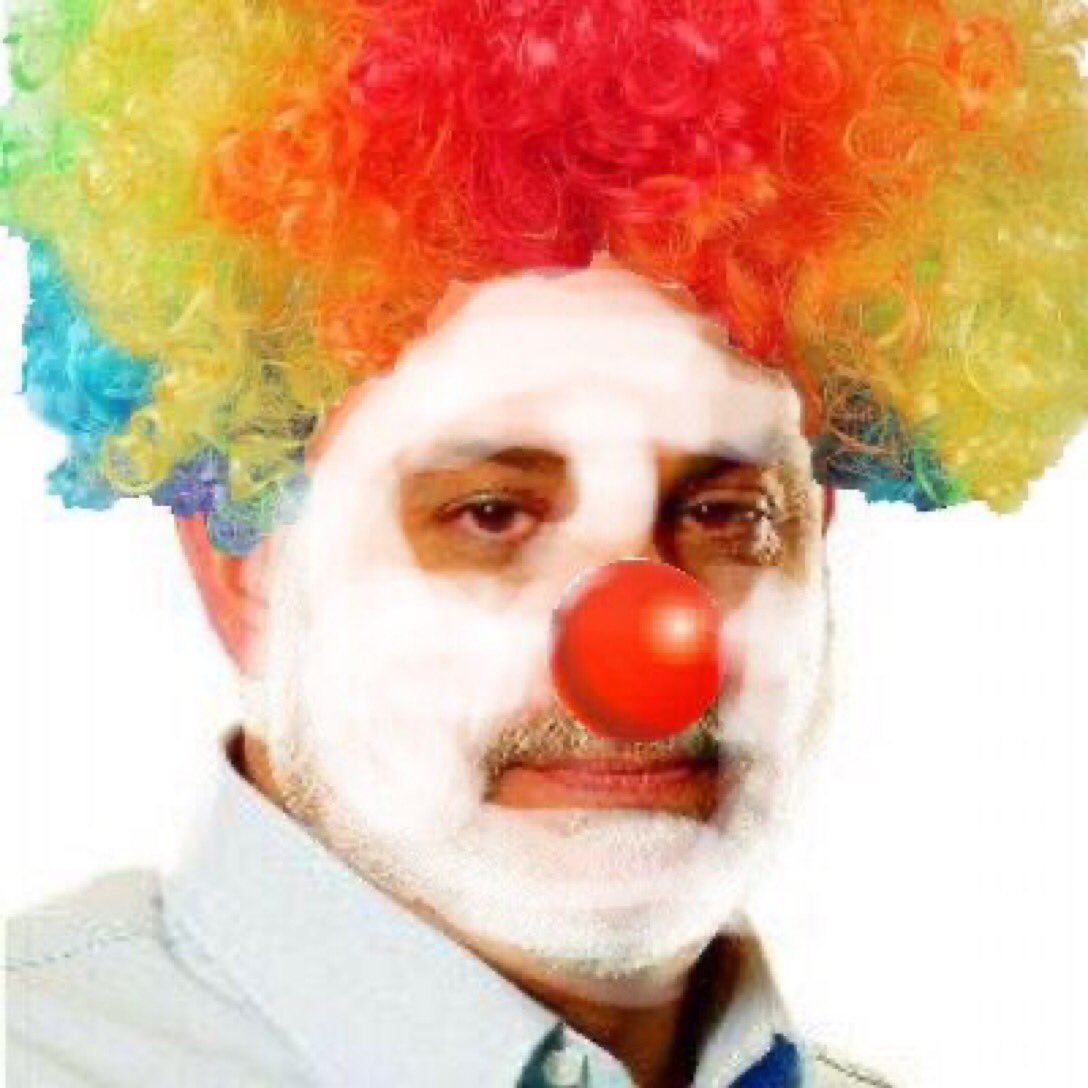 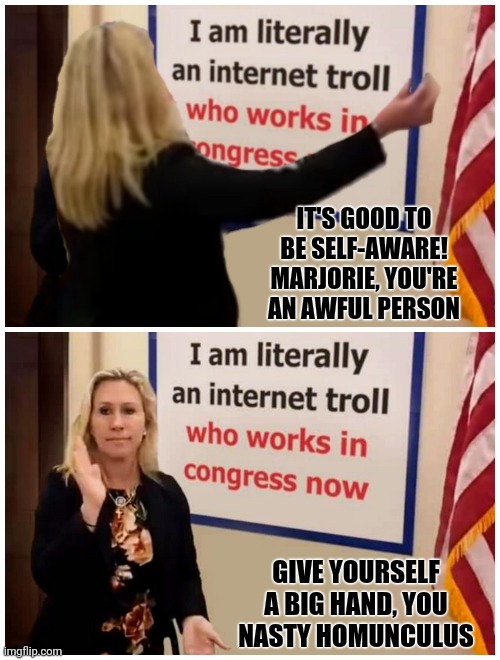