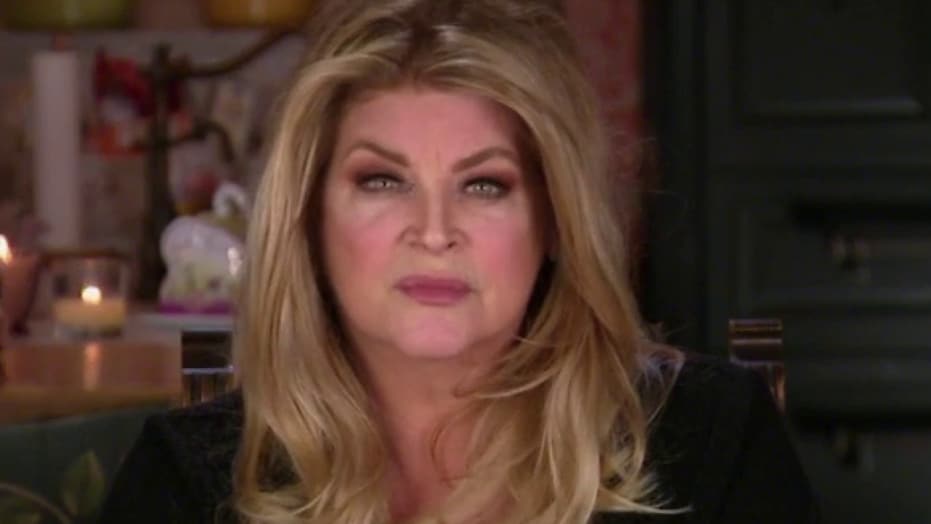 
The day before Halloween, MAGA Trolls on Twitter melted like snowflakes over criticism of one of their own.

Kirstie Alley, the washed up former star of Cheers, and Veronica’s Closet, had a melt down of her own because CNN had the gall to criticize Donald Trump’s failed leadership through the pandemic.

In MAGA world, you are not allowed to criticize Saint Donald The Divine, or anyone who is brave and courageous enough to speak out and support him in a world of liberal mobs who are looking for any excuse to lynch them for voicing their opinion, whether it’s how he’s done more for the African American community since Abe Lincoln, how he’s the brother Jesus never had, ended the pandemic single-handedly, or how he’s the least racist president – and they want you to believe when the liberal mob lynches these brave and patriotic Americans, it is far, far worse than a black man shot in the back for walking away from a police officer.

The moment anyone criticizes a MAGA troll, you can always expect other MAGA trolls to do what they do best: emerge from the dark recesses of social media to play victim. They wasted no time when Alley tweeted this following gem of wisdom:

“I now know why my personal friends who walk around in SHEER TERROR of contracting Covid are simply CNN viewers! I decided to watch CNN myself to get their viewpoint and oh my God DID I EVER!!!! IF YOU WANT TO LIVE IN TERROR WATCH CNN!! FEAR OF DYING IS THEIR MANTRA! OMG.”

The fact that CNN has been critical of Trump throughout the pandemic and has refused to allow him to claim that his response and handling of it has been first rate – unlike others, Fox News, OAN, Newsmax – tells me that they are doing their job, being critical of him, as opposed to acting as his lapdog. Apparently that’s a problem for bootlickers like Kirstie Allie.

If Alley doesn’t like CNN criticizing a failed president as opposed to being his lapdog, she’s welcome to tune in to Fox News, or OAN, and see non stop bootlicking and non stop fear mongering of immigrants, BLM, Antifa, and centrist Democrats. Since fear mongering isn’t their game, they couldn’t be bothered to feel any sympathy for any of their viewers who lost relatives and family members in the pandemic.

“Kirstie, you are welcome to change the channel – just like countless viewers did when Veronica’s Closet came on TV. But don’t downplay the the loss of nearly 230K American lives. And please wear a mask.

This didn’t sit well with the MAGA crowd of self-victimization that sees any and all criticism as a personal attack on their first amendment rights – they were forced to don their shining armour and ride to her rescue. None of them made an argument in response to the substance of CNN’s tweet – downplaying the loss of 230K lives – because they don’t care about people dying. They’re in a cult and they love their leader more than they love themselves or their families. Trump is their Jim Jones. The only response they could come up with was a lame defense of one of the worst sitcoms ever made with one of Hollywood’s most mediocre actors, as if that was more important than a president who has been a miserable failure, who through his neglect and incompetence has allowed 230K lives to be lost. These are really compassionate people we’re dealing with here.

It’s really no surprise that Kirstie Alley is a Trump loving idiot. She voted for him in 2016 because he’s not a politician, and plans to vote for him again for the same reason.

There you have it folks, the pandemics over, and everyone who has lost their job can now go back to work because the economy is booming even better than it was before, and everything is peachy keen!

She responded to the backlash she received from Hollywood for calling her out for supporting a president who has allowed 230K Americans to die through his negligence and incompetence – by playing victim.

“I don’t think I’ve ever seen so much name calling in my life,” she whined on twitter.  “Definitely not on my site here anyway I guess I’m not allowed to have a viewpoint without being called really nasty names by what I’m going to suppose are really nasty people.”

Kirstie Alley has a right to a viewpoint, but not the right to expect everyone to agree with her. Others have a right to disagree with her and all MAGA heads and to criticize them for defending the failures and crimes of a sociopath. Those who defend him are just as bad as he is. They deserve no sympathy. They deserve to be called names.