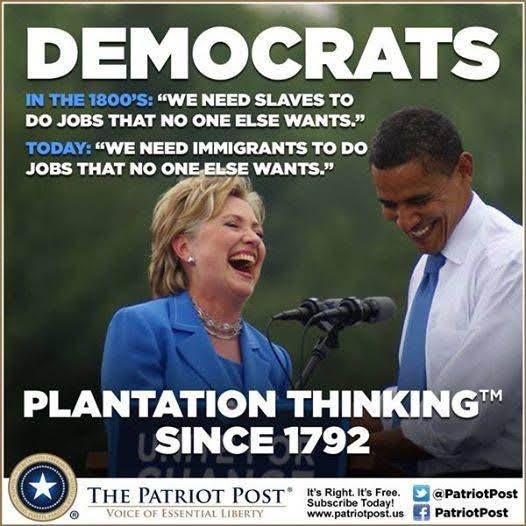 Whenever conservatives are called out for being racist, they are quick to respond with the predictable retort, “Oh yeah? Democrats are the real racists! They started the KKK!”
Not only are they accused of starting the KKK , but according to conservatives are still as racist as they were fifty, sixty, eighty, a hundred years ago, and the southern strategy employed by the Republican party is nothing but liberal revisionist history. The truth is that the Republican party and conservatives love black people.

So, since the two parties never switched ideologies and the southern strategy never happened, conservatives can’t be racist. Right? It’s really Democrats, liberals, and progressives who constantly play the race card, who are forever accusing conservatives of being racist for no good God damn reason whatsoever.

If that’s the case, let’s look back on some very recent history. When Barack Obama was president conservatives didn’t look too kindly upon a black guy in the White House, nor were they too thrilled that Colin Kaepernick and Black Lives Matter dared to speak up about systemic racism and abuse of authority. Conservatives couldn’t resist accusing them of hating their own country, and labeling BLM terrorists.

They constructed an alternate reality where Obama stoked racial division simply by having the audacity of being black. It really wasn’t their fault, was it? Goodness, no!

It was his fault that a certain percentage of Republicans didn’t believe he was eligible to be president, since he was reluctant to show his birth certificate.

It was his fault they called him a Muslim. After all, he was always taking vacations and playing golf instead of doing something about ISIS. And you have to admit, that name, Barack Hussein Obama, didn’t sound all that American now, did it?

It was his fault they called him a Marxist. Everyone knows black community organizers from Chicago are all Marxists. 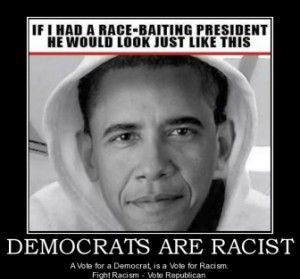 It was his fault they said he hated America and wasn’t brought up like conservatives who are shining examples of patriotism, even when they wave that old Confederate flag and display it on their property, or on the back of their vehicles. He never should have done all of those apology tours with his band Barack Hussein Obama And The Alinsky Hustle.

It was his fault that race relations had been set back fifty years when he was president. He was the food stamp president after all, and was effectively bribing poor black people with welfare and other free goodies who were too stupid to realize that it’s nothing but a scam to keep them complacent on the Democratic plantation. He also couldn’t stop reminding everyone that racism still exists.

It was his fault he was called a racist. He never should have criticized a white cop as acting stupidly, or showed empathy for a murdered black teenage thug who tried to murder a poor boy with a gun who did nothing more than follow him with the intention of asking him if he paid for the bag of Skittles and Iced Tea he was carrying.

Conservatives will never admit that they were in any way racist toward Obama. But they will swear up and down that Obama was racist toward them, and single handedly divided America along racial lines. Of course, Republicans had absolutely nothing to do with it.

The following are examples they often love to cite that prove Obama was a rabid anti white racist:

Of course, none of these are examples of stoking racial division on Obama’s part. The few times Obama actually spoke about race, conservatives deliberately twisted his words out of context to smear him. They were nothing more than hysterical overreactions from conservatives obsessed with proving that Obama was the real racist, and that they have not been too fond of black people for decades.

Today’s Conservatives claim to love America and respect the constitution , but oppose many of the principles for which it represents. Not all Conservatives hate their country , but a great majority of them behave in a way that is contrary to their morals and values. They believe they are more intelligent , morally and mentally superior ,  more accepting of change , and more tolerant. But nothing could be further from the truth. Today’s Conservatives are a dying breed. They are going the way of the dinosaurs , and they have no one to blame but themselves for their demise.

The following list is a number of examples that prove most Conservatives don’t love America.

If Conservatives really love America , then why do they oppose nearly everything it stands for?