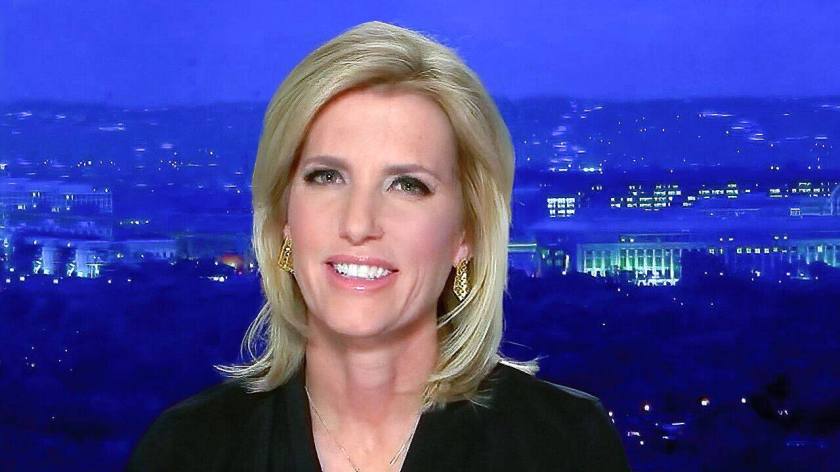 Conservative media pundits have often claimed that liberals and leftists never let a good opportunity go to waste… or something of that nature.

Conservative themselves never let a good opportunity go to waste. With conservatives, it’s Antifa. It’s how violent, radical and extreme the Democratic party is, the left and liberals. They totally ignore and pretend as if their own party, their own movement is completely patriotic and supporting of liberty – instead of the radical and extreme party that it really is – freedom and free speech, while hyping and over-exaggerating the anti-fascists and anti-racists as the real threat to free speech and democracy.

It’s called gaslighting. Making someone doubt or question their perception of reality, and conservatives have mastered it to a fine art. All one has to do is watch a segment of Tucker Carlson or Laura Ingraham discussing Black Lives Matter and Antifa. BLM and Antifa – both leftist, anti-fascist and anti-racists – are “thugs, criminals, and terrorists.” While conservatives – no matter how violent they are, such as those who marched in the Unite The Right rally, or murdered BLM protesters – are “law-abiding,” “very fine people,” and “heros.”

During a segment of her broadcast last week, Laura Ingraham tried really hard to convince the rubes that the Democrats are hell-bent on “criminalizing all Trump supporters as “terrorists.”

“The January 06 Capitol riot was a gift to Democrats,” she said smugly. “It gave them the video in the narrative that they’ve desperately wanted and they needed to justify a crackdown on the civil liberties of all conservatives.

“However, you don’t need hearings to know that dedicated men and women of the Capitol police were overwhelmed and unprepared for a breach.”

Only pro-Trump supporters who stormed the Capitol, had gotten inside, and ransacked it… have been charged with crimes ranging from felonies to misdemeanors. No one who stood by and simply watched , have been arrested that I know of. There has been no attempt to criminalize Trump supporters who protest peacefully, as there was with BLM protesters over the summer. These people have not had their civil liberties cracked down on, and neither have they been criminalized as terrorists. And one doesn’t need hearings to know that Capitol police were unprepared by design. It was obvious to anyone who knew what to expect from months of Trump, Republicans, and right-wing media pundits like Ingraham, complaining about mail-in ballots, and election fraud.

She said what happened at the Capitol was “despicable, criminal and infuriating,” but compared to other armed insurrections, “this one was pretty lame. And the loss of life that occured that day is still shrouded in mystery… from the get-go, the media saw this tragic day as an opportunity to tar the entire Trump coalition as a bunch of heinous terrorists… we still don’t know anything about the cause of officer Sicknick’s death, but we do know the entire life story of the idiot in the buffalo get up and face paint.”

A riot that resulted in at least five deaths, and injuries – most of them police officers – was shrouded in mystery and pretty lame? We may not yet know the exact cause of Sicknick’s death, but he was killed by the actions of a pro-Trump mob – that’s no mystery.

“If you voted for Trump, if you ever attended a Trump rally or posted support for his America First agenda, you’re complicit in the attack and you need to be shunned from society, lose your job, and you need to be banned from social media indefinitely. Make no mistake about it. What we’re witnessing at all levels of society run by liberals is a new Red Scare. But instead of targeting Marxists or communists, they’re fighting Americans in red states.”

If Ingraham wants to complain about people having their civil liberties violated and criminalized as terrorists, perhaps she should talk about Antifa and BLM protesters – an entire movement of social activists – who she and her colleagues at Fox News have never had any trouble tarring as criminals and terrorists over the years, and were quick and eager to blame for the violence at the Capitol. But she will never do that. She will never defend actual patriots who want law enforcement officers who commit murder, to be held accountable under the law, as those they murder are held accountable. She will never defend real patriots who want government to be less corrupt. She will always equate them to fascists because she is a fascist. Misrepresenting actual patriots as anti-American, and equating terrorists as patriots, that’s what authoritarians do. Antifa are the real fascists… and the Trump supporting mob that proudly wave those Confederate and Nazi flags at his rallies, and the shooters who have listened to his rhetoric and the rhetoric of the totally non-violent and non-racist Republican party, and their media allies like Ingraham… are the real patriots, the real pro-Americans with their America First agenda, which is an agenda first used by the Klan. So, yes, if you support it, then you are indeed complicit in the assault on the Washington Capitol.

Ingraham had this to say about who really may have been behind the Capitol riot. Calling into Fox News, she said:

“We knew this would happen when you had a huge group of people descending on Capitol Hill, when you have members of Trump support organizations and Antifa threatening to show up at the same time. We’ll learn more to the extent that that happened. I’m getting a sense that there’s clearly a big split in the MAGA groups that have come to peacefully protest with whoever is behind this intrusion in the Capitol, which by any account is unacceptable.”

On her broadcast that night, she said, “They were likely not all Trump supporters. I’ve never seen Trump rally attendees wearing helmets, black helmets, brown helmets, black backpacks – the uniforms you saw in some of those crowd shots.”

Ingraham says the Democrats want to criminalize people who voted for Trump, for attending any of his rallies, or supporting his America First agenda, and are complicit in the Capitol riot, should be shunned from society, lose their jobs, and be banned indefinitely from social media.

I would say: anyone who attended any of his rallies and listened to the violent and racist rhetoric, saw the Confederate flags flying freely and stayed silent.

Anyone who  listened to his rhetoric about Charlottesville Nazis and neo-Confederates as ‘very fine people’ and did not condemn it.

Anyone who saw the Nazi flags displayed and did not speak up, did not question their presence.

Anyone who has no problem with symbols of white supremacy remaining in a society – that conservatives swear is no longer racist – as nothing more than “Southern heritage or pride.”

Anyone who has no problem calling Antifa – anti-fascists – and Black Lives Matter “terrorists,” but revere white shooters who murder peaceful protesters as “heros.

Anyone’s reaction to a black president speaking on matters of race: “Why is he playing the race card?” ( the idea that black people have no right to speak about race without accusations of playing the “race card” is absurd ). But giving a white president a free lifetime pass on the race card.

And finally, I would say: anyone  – anyone, including Trump’s media lapdogs – who repeated the rhetoric and conspiracy theories of a stolen election – Dominion, George Soros, the ghost of Hugo Chavez, all of that shit – who egged on and riled up the assholes to get out in the streets with their “stop the steal” signs and chants, culminating in the ransacking of democracy and the Capitol.

These people are complicit in the raiding and the ransacking of the Capitol. They should lose their jobs, and they should be banned from social media forever. These people participated in a coup to interfere in a democratic election simply because their favorite narcissistic egomaniac didn’t get re-elected. These people should be treated like pariahs. It has nothing whatsoever to do with criminalizing ordinary, innocent Americans who are guilty for no other reason than voting for Trump.