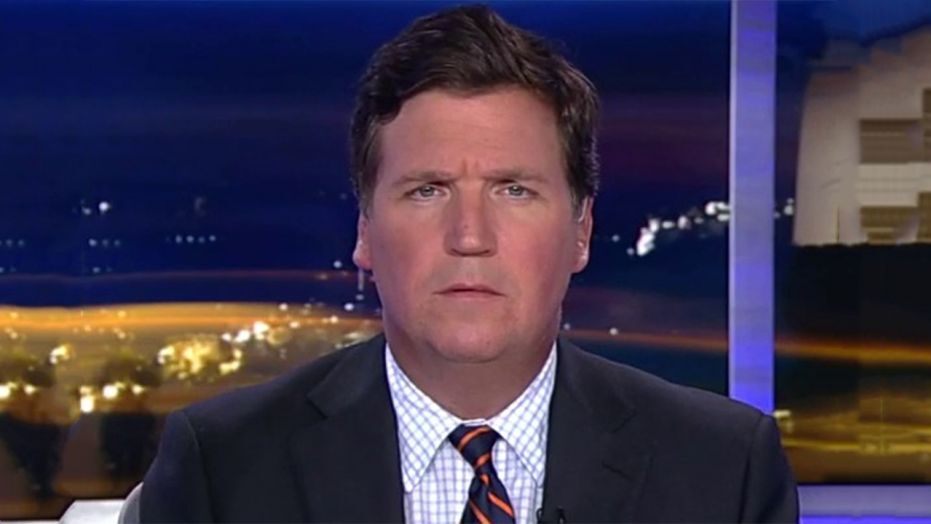 “Well, five years ago, just as a reference point, President Obama condemned rioting. We are going to compare that with his statement today. President Obama has long been, no one wants to say it but it’s true, America’s chief racial arsonist. ‘Watch what he does,’ Al Sharpton, one of his chief domestic policy advisors. But even Obama understood that looting was indefensible…”

First of all, it’s bizarre that he would refer to Sharpton as Obama’s Chief Domestic Policy advisor, as if he is still president and still dictating government policy.

Carlson has always been content with telling his dips**t audience that the exact opposite is true, that it’s a myth like white supremacy is a myth.

What was the statement Carlson was upset about? Obama’s tweet, his first public statement on the aftermath and reaction to the death of George Floyd.

“It’s natural to wish for life to ‘just get back to normal’ as a pandemic and an economic crises upend everything around us. But we have to remember that for millions of Americans, being treated differently on account of race is tragically, painfully, maddeningly normal – whether it’s while dealing with the health care system, or interacting with the criminal justice system, or jogging down the street, or just watching birds in a park.

“This shouldn’t be normal in 2020 in America. It can’t be normal. If we want our children to grow up in a nation that lives up to its highest ideas, we can and must be better.

“It will fall mainly on the officials of Minnesota to ensure that the circumstances surrounding George Floyd’s death are investigated thoroughly and that justice is ultimately done. But it falls on all of us, regardless of our race or station – including the majority of men and women in law enforcement who take pride in doing their tough job the right way, every day – to work together to create a new normal in which the legacy of bigotry and unequal treatment no longer infects our institutions or our hearts.“

Carlson’s accusation that Obama is the Chief racial arsonist in America, is bizarre, given the fact that as president, he rarely spoke about racial issues, and when he did, they accused him of being a racist. But Tucker Carlson and his fellow racial arsonists at Fox News, talk about them all the time, and yet we’re not allowed to call them racist.

It’s absurd to anyone on the left who is familiar with his racial monologues. From his xenophobic rantings on immigration, his playing defense for white supremacists, to his racial attacks on Black Lives Matter in recent weeks, the title of Chief Racial Arsonist, fits no one better than Tucker Carlson. Well, there are a few others I could name – like the president – but for now, it’s Tucker Carlson.

Charles Hurt: Democrats Want To Blame Trump For Everything; They’re The Real Mob

My Pillow’s Mike Lindell Flips His Wig During Interview

Senator Ron Johnson Tells Chuck Todd That Biden Stole The Election: “You Know It, I Know It, Everybody Knows It”