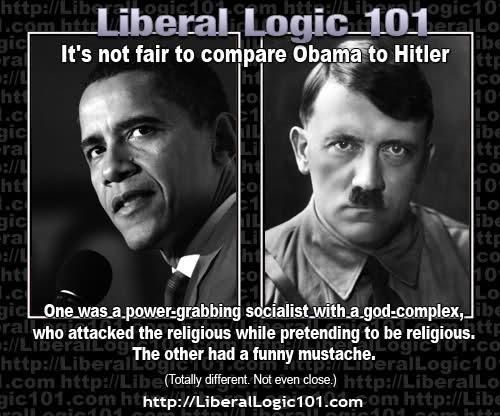 He was like Hitler in every way they said he was :

For eight years , conservative Republicans convinced themselves they were living in a dictatorship akin to Nazi Germany. Now that their favorite reality star is president , they’re butt hurt that liberals and progressives are giving Trump the same respect they gave Obama.

Irony and hypocrisy means nothing to these morons.