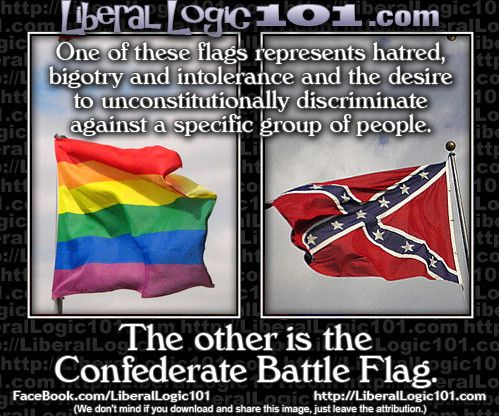 They are a privileged lot. They live in a country where the majority of its population is Christian , that allows their religious symbols , holiday displays , and television shows , to the exclusion of all other religions. And yet , with all this freedom , today’s Conservative Christians are a persecuted minority. They’re persecuted because liberal bullies and the LGBT are pushing back , not tolerating their intolerance. Liberals and LGBT groups and individuals have become the intolerant ones. Never mind that the most radical Conservatives want to outlaw what consenting adults do in the privacy of their own bedrooms , have used violence and intimidation in the past and present against LGBT groups and individuals , have successfully pushed and gotten religious freedom laws passed , and are using these laws based on religion to portray themselves as the real victims of discrimination. No , it’s the individuals and groups who are seeking equality , and tolerance who are the bigots , filled with hate , who are discriminating.

Not all Conservatives willingly play the victim card. Just the most extreme radicals  who read this bullshit and believe it , and Liberal Logic 101 willingly caters to the most radical , bigoted , and racist individuals on the right. But there are plenty of Conservatives who know what these two flags represent. They know that the rainbow flag represents diversity among a group of individuals with diverse religious and political views ,  and the confederate flag represents centuries of slavery , Jim Crow , and racism. Anyone who claims otherwise , is ignorant of American history.