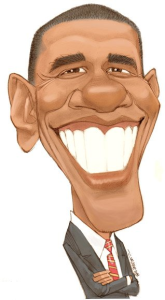 For eight years Republicans have created and promoted a ridiculous mythology of fake scandals and controversies surrounding Barack Obama. The majority of these controversies involve the most absurd nonsense that any sane person would consider laughable , but Republicans manage to muster up enough outrage to flip out over.

According to many Conservatives who hate Obama , most of these actions prove that he hates America. But all they really prove is overt  racism toward  a black man with a Muslim name who had the audacity to run for president of the United States , and win … twice.

In The News: Biden Administration Buying Millions Of Doses Of Pfizer Vaccine To Distribute To The World

In The News: Joe Manchin Says He Will Vote Against ‘For The People Act’

In The News: President Biden Pushes Renewed Effort To Vaccinate 70% Of Americans