Angie Harmon is a conservative actress. She’s starred in several forgettable movies and television roles since she began her  acting career in the mid to late 1990s. Her first acting role was in an episode of the television series , Renegade , with Lorenzo Lamas. She later co-starred with David Hasselhoff in Baywatch Nights , which was a spin-off the popular television series.

From 1998 to 2001 , she co-starred in the long running Law And Order , which was finally cancelled in 2010 , but unfortunately several spin offs are still putting viewers to sleep. These days she plays a detective in the equally forgettable television series , Rizzoli And Isles , which has also been known to cause deep states of catatonia.

As a conservative ,  Angie believed George Bush was a wonderful president , and said so when she spoke in support of him at the Republican National Convention , when she referred to him as a leader working to build a safer world , and a hopeful America. This , in the midst of the Iraq and Afghanistan wars when Americans were dying in a country that had nothing to do with 9/11. Wars that proceeded to destabilize the middle east ( leading to the emergence of ISSIS ) the embarrassing scandal of Abu Graib , and drowning the U.S. economy in debt , leading to the financial collapse of 2007/2008.

If these are examples of making the world safer , and providing hope for a future America , no wonder conservatives have no grasp of irony.

She belongs to a group of elite Hollywood actors who see themselves as vastly outnumbered , helpless victims of a massive communist liberal conspiracy that controls and encompasses not only the news and entertainment media , but every aspect of American life. They suffer from a persecution complex. They view themselves as victims of not only liberals , but atheists , and gays , who they fear will soon imprison them for opposing same-sex marriage , and for expressing their religious beliefs. They live in an alternate reality where they imagine themselves blacklisted and persecuted for criticizing their opponents – liberals , and Obama – as it was during the 1950’s  anti-communist hysteria , started by the John Birchers , when liberal actors , writers , musicians , and political activists were accused by republicans of being communists , and actually were blacklisted. The Dixie Chicks controversy was a perfect example of republican hypocrisy. 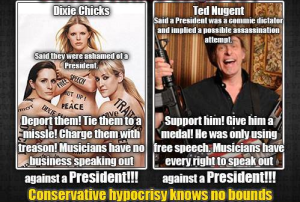 March 10 , 2003 , during a concert in London , several days prior to the start of the Iraq war , Natalie Maines voiced her frustration with the Bush administration. She told the crowd that they did not support the war , and that she was embarrassed that Bush was from her home state of Texas. Republicans all over America lost their minds. The conservative media  labeled them as traitors , un-patriotic , and un-American. Radio stations refused to play their music , and many of their own fans turned against them. These days , prominent conservative actors , politicians , writers , commentators , and musicians  have said worse things against liberals and Obama , but none of them have been blacklisted. Ted Nugent is one of many examples that comes to mind. At a 2007 concert he referred to Obama as a POS , and in a later interview , a sub-human mongrel. Other than a visit from the Secret Service , he was neither blacklisted , nor boycotted.

The double standards in the previous examples couldn’t be more clear. When liberals oppose war and unnecessary violence , they’re traitors , un-American , unpatriotic. When conservatives in congress undermine international diplomacy , call the president a communist , a Muslim who sides with Muslim terrorists , accuse him of hating America , and attempting to destroy it , the conservative media calls them patriots. The irony couldn’t be more obvious , but they seem completely incapable of grasping the parallels. They bitch and moan about double standards , but ignore their own hypocrisy , as if only liberals are capable of being hypocrites.

In March of 2009 , Harmon gave an interview to Fox News , complaining that people were labeling her a racist for disagreeing with the president. The entire conservative media  salivated like Pavlov’s dog that a republican actress had voiced her dissatisfaction with Obama. Every conservative , Obama hating news site proudly displayed that  Angie Harmon “Is Not A Racist Because She Disagrees With Obama.” It was a day for joyous celebration all over the conservative blogosphere  the likes of which no true patriotic , Tea Party , gun toting , Obama hating American had ever seen. They raised their tea glasses and beer mugs in tribute to  a brave republican actress who had been bullied by liberals throughout her acting career , and was now taking a brave stand against the Muslim communist in the White House. Like any republican with a preconceived notion that the president was a socialist communist , and a Muslim , she felt he wasn’t doing enough to heal the economy , and create jobs.  Apparently , all he had to do was wave his Magic Pen and fix everything in his first two months in office. After all , he is Barack The Magic Negro.

Like so many republican actors who were being regularly blacklisted by liberal Hollywood , Angie couldn’t find a single job , had to sell everything she had , just to survive , and dressed herself and her children in sack cloth.

In the same Fox interview , she claimed that republicans have class and don’t point fingers , unlike liberals , who are rude , intolerant , racist , and bigoted.  She , and every other republican , must have been asleep during the primaries of 2008 , just as they’ve been sleeping the last six years.  Angie , like  any typical , Tea Party , self-proclaimed liberal and Obama hating , patriotic American , are unaware that they  suffer from a condition known as Irony Impairment , the inability to recognize their own hypocrisy and double standards. Here are a few glaring examples :

Just as it’s Obama’s fault that liberals are rude , racist , bigoted , and have no class , and always point fingers. 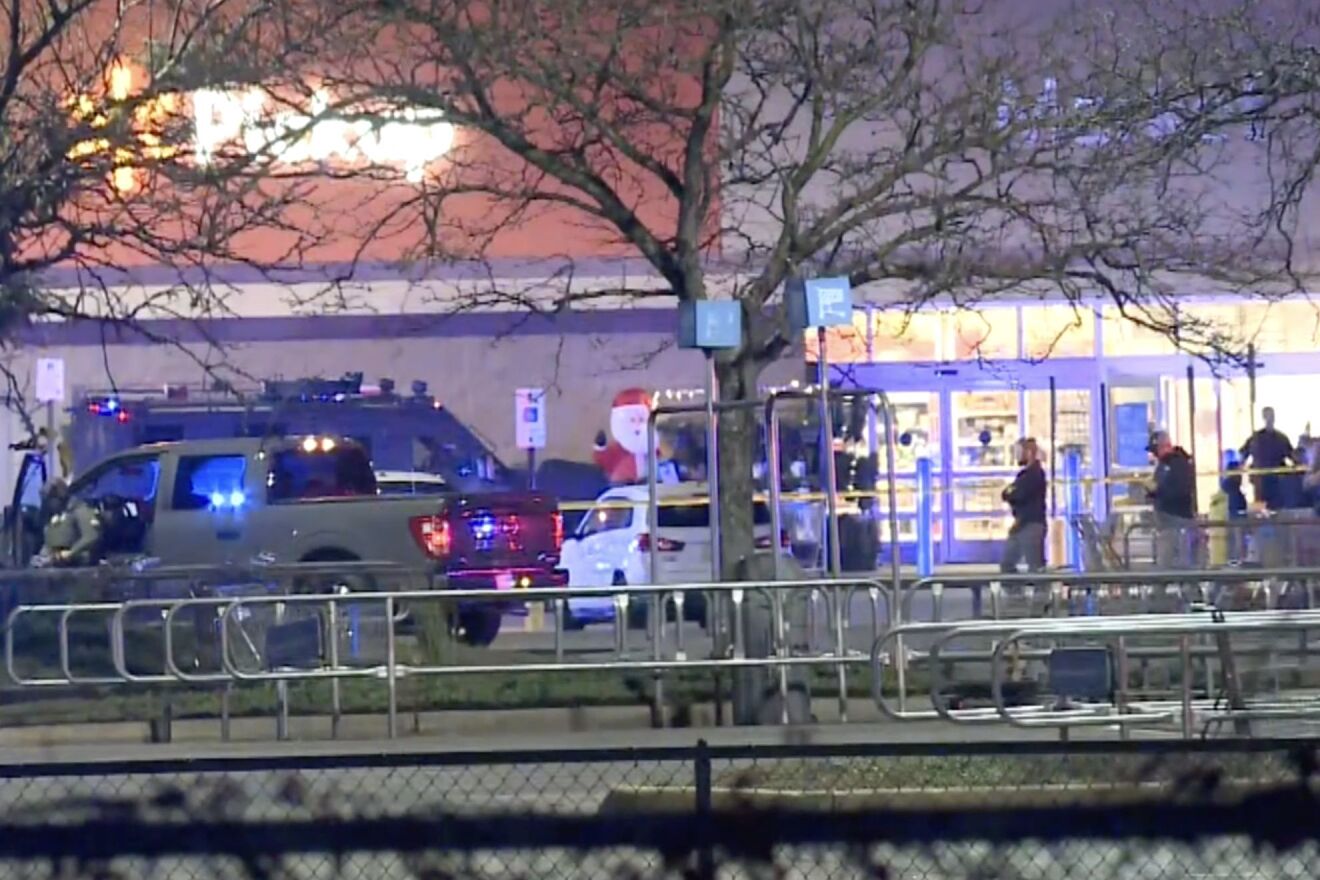 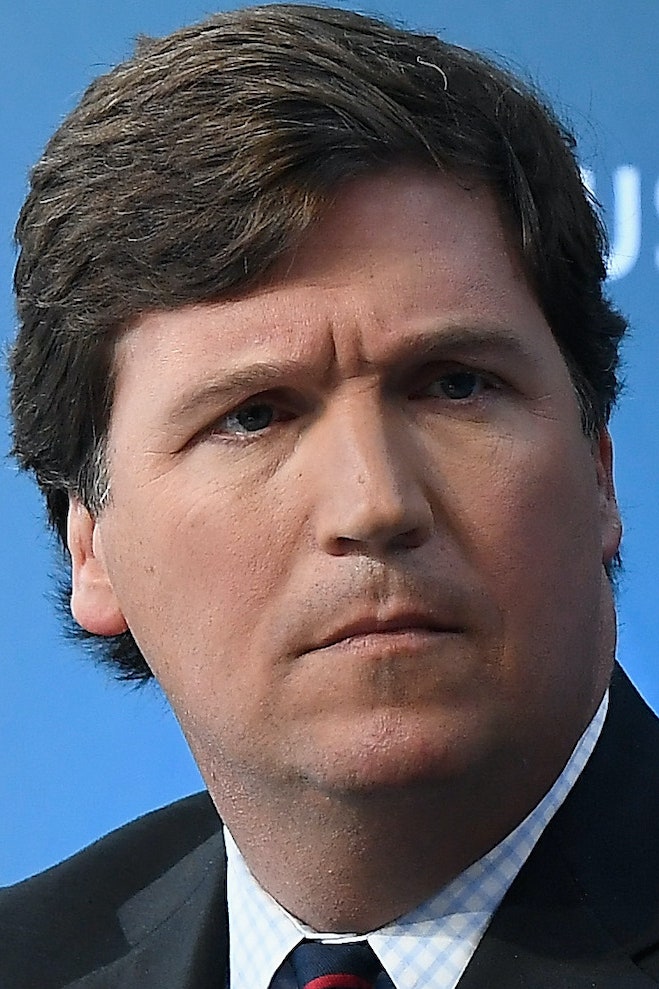 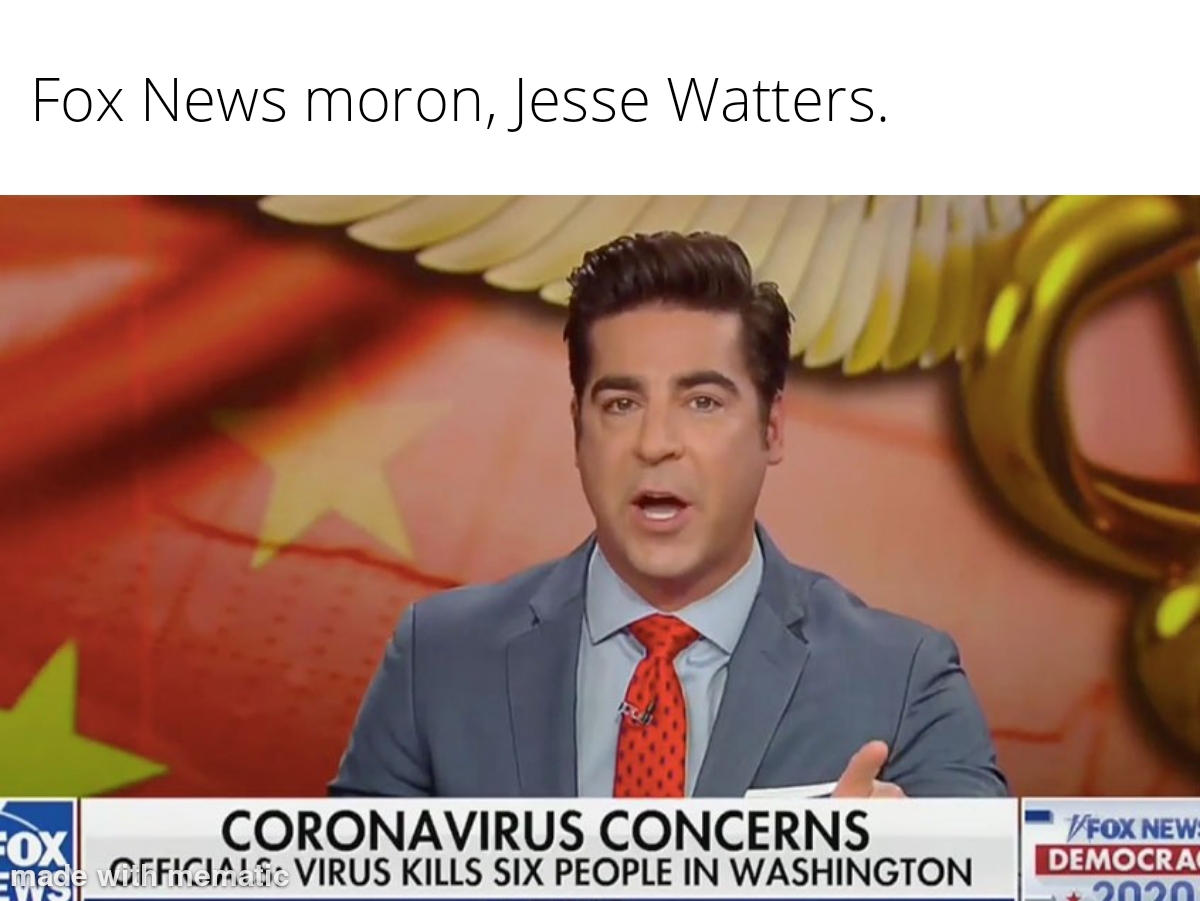 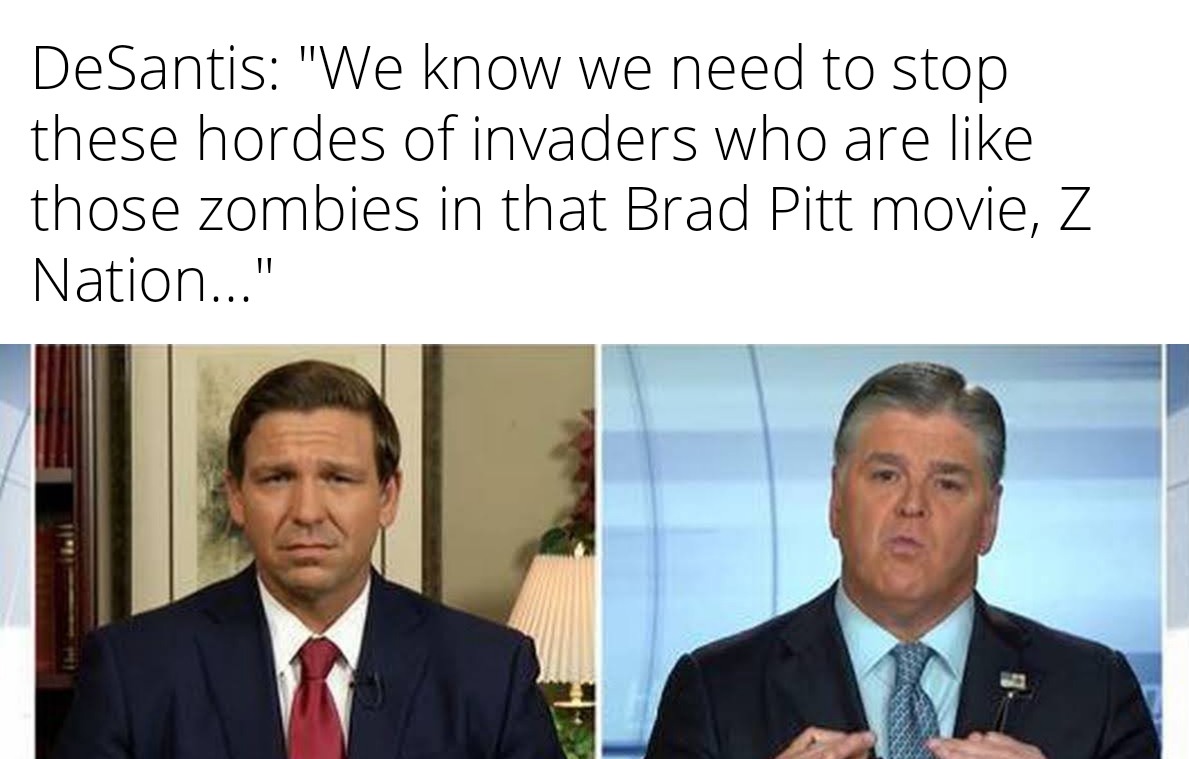